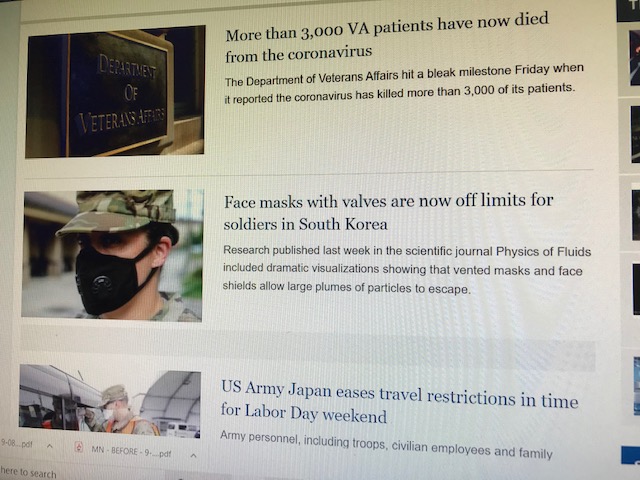 I was surprised and saddened by the U.S. Defense Department’s decision to close The Stars & Stripes, an independent newspaper written for military families around the world, this month.

Mine was one of those families. My dad was in the U.S. Air Force and then, became a military subcontractor in the tech industry.

I’ve mentioned in past blog posts that we moved every year or two. For my parents, The Stars & Stripes was a lifeline in an unfamiliar place. I vividly recall my mom reading the paper cover to cover, savoring every bit of news.

I think about how hard it must have been for her to make each rented bungalow a home, wrangling three kids, getting us to off school – and then what? Dad was at work, and she often had no vehicle, knew no one; sometimes didn’t even speak the local language.

It wasn’t until adulthood that I learned more about The Stars & Stripes and its proud heritage. Published since the 1860s, the military newspaper has a reputation for covering stories fairly and thoroughly. It even has an ombudsman on staff to "hold the newsroom accountable to journalism values and to defend it from command interference or censorship."

Today, it has a robust website, with audio and video components of many stories, in addition to the printed newspaper, five days a week. The Stars & Stripes’ daily readership is estimated to top 1.3 million.

This isn’t the first time its existence has been threatened, but it appears to be the most serious, with a Sept. 30 shutdown deadline from The Pentagon.

Just today, a tweet from President Donald Trump indicates he won’t let the paper close. I had to chuckle – it would be the first “pro-media” stance he’s taken lately – but, on behalf of military spouses everywhere, I hope he’s serious.