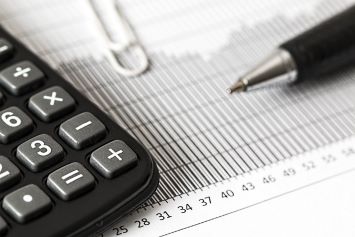 Even after a year of five-digit medical bills, I’ve done my 2019 income taxes and still owe Uncle Sam almost $1,000. So, I went to a seminar last week on tax planning for self-employed people.

The most interesting part didn’t have anything to do with tax tips. Instead, it was a presentation about the Internal Revenue Service being well aware of its failings and working to fix them.

The IRS’ Taxpayer Advocate Service (TAS) latest Annual Report to Congress is as refreshingly honest as it is discouraging.

It says the IRS doesn’t see itself as a service organization, and needs a cultural shift in order to put taxpayers first.

It lists the agency’s top ten Most Serious Problems (MSPs), acknowledging that the IRS doesn’t have “sufficient resources to provide quality service.” It has been chronically underfunded and understaffed for years.

As the number of tax returns processed increased by about 9% between 2010 and 2019, the number of IRS employees decreased by more than 20%. Of the 100 million phone calls to the IRS last year, customer-service representatives answered only 29%.

The report describes IRS technology as “antiquated” and, although the agency has a plan to update its IT functions, there’s little funding for it.

All this, according to TAS, means longer wait times for queries and more delayed refunds.

The good news is that TAS, and its Low Income Taxpayer Clinics (LITCs), are in place to step in and assist individuals when there are problems, from identity theft to audit issues.

I came away from the seminar feeling empathy for the people behind the scenes, processing our millions of income-tax returns and worrying, like workers in so many other fields, about their own ability to do their jobs – as the IRS puts it, “with integrity and fairness to all” – when the deck is stacked against them.