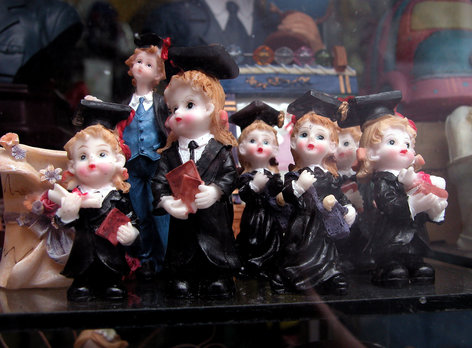 My sister is an incredibly smart woman with a résumé that includes successes at Big Six consulting firms and project management at some of the nation’s most prestigious companies.

She has been job-hunting in recent months and was particularly discouraged when a department manager told her how much he wanted to hire her, and how perfectly she would fit on his team – except that she doesn’t have a college degree, “So Human Resources just won’t allow it.” He said he had asked them to make an exception, and they would not.

I don’t have a degree, either. Yes, I have taught at a community college and a four-year university, and I’ve coauthored many college textbooks. But when a prospective employer or client wants a résumé, I am seized by that familiar dread – will they dismiss me without a second thought when they notice my lack of formal education?

I went to college for a while, because I was a good student and smart people go to college, right? But even with scholarships, I took on two jobs to pay for my tuition and living expenses. It was an exhausting slog and now, when I look at my faded transcript, it seems like it belongs to someone else. I don’t recall much of anything about the courses, professors or my fellow students.

On the other hand, one of my jobs was in a TV newsroom. Today, I can tell you the carpet color, still hear the sound of the wire-service machines clacking away and smell the stale coffee in the breakroom. That’s where the learning happened – as I shot and edited film, honed my writing skills, learned to do research, to ask good questions and to really, really listen to the answers. Covering trials and fires and meetings and the State Legislature, I learned more about the best and worst of human nature than I even understood at the time.

Most of all, I learned to always keep learning. But how does that fit on a résumé?

In her own field, my sister also built her skills on the job. I’ve told her that a company that would stick so steadfastly to a college-degree requirement is most likely not an interesting enough workplace to keep her engaged and challenged. I realize that doesn’t ease the sting of rejection. But we can learn from rejection, too.